Founding of a tree nursery

Awareness-raising events in connection with reforestation events, employment of staff, planting of over 1,000 trees per year from own nursery

Improve the microclimate and groundwater storage in Tarrafal, establish future independence of the centre

On the Cape Verdean island of Santiago, in the northern part of the city of Tarrafal, there is the Delta Cultura education and leisure centre, which was founded in 2002 by Florian Wegenstein and his wife Marisa. More than 300 children and young people are cared for in the facility every day and are given access to education and knowledge.

After the Daniel Schlegel Umweltstiftung had already established a permaculture vegetable garden with Delta Cultura in 2020 (to the project report), a tree nursery was established at the beginning of 2022. On an area of approx. 3,400 m2 now has its own plant nursery with an agroforestry component. In the nursery, a specialist and two employees take care of the breeding, care and distribution, including the planting of the trees. Occasionally, even groups of children come to help with the work and learn about agroforestry.

Only native trees are planted that are adapted to the climatic conditions of the location. Currently, the widespread distribution of the acacia imported from Portugal is taking on unimagined proportions. This tree stores valuable water during the dry season, which permanently lowers the ground-water level. In contrast to native plants such as the flame tree, date tree and tamarind tree, which reduce their functions in the dry season, the acacia sucks up water from a depth of up to 50 metres and stores it in the trunk in order to be able to supply itself during the dry season.

The tree nursery is very important for the local nature because different species can be grown on the area and it serves as the only plant nursery for the region. Currently, various legumes, fruit trees and species specialised for the location such as pinhão, azedinha and cimbrom are grown. The nursery also produces its own compost, which is used as a fertiliser for plants and forms a biological cycle.

The majority of the pulled trees are maintained for one to two months and then given away for free. The smaller part is pulled for several months and given to private individuals and the Tarrafal community. In addition, all trees are regularly checked by volunteers and reported to Delta Cultura if necessary. In the future, it is planned that neighbouring regions will receive the trees as well.

In order to generate a sustainable effect, it is important to motivate and involve the population. In twice-yearly reforestation events, trees are planted together with the community of Tarrafal to counteract the spread of acacia through native species. In addition, educational events are held four times a year to address climate change and highlight the importance of trees. The event will always be held in conjunction with a tree planting and the screening of educational videos. On top of that, the Batuco group Delta Cultura will ensure a good atmosphere with lots of drumming, dancing and singing. Already, the population is enthusiastically helping out and collecting old milk cartons to turn into growing containers for the tree nursery. 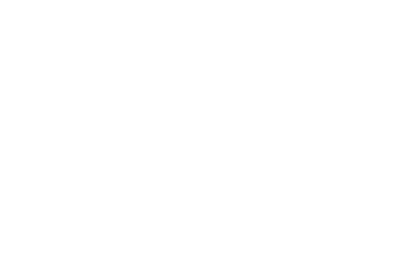